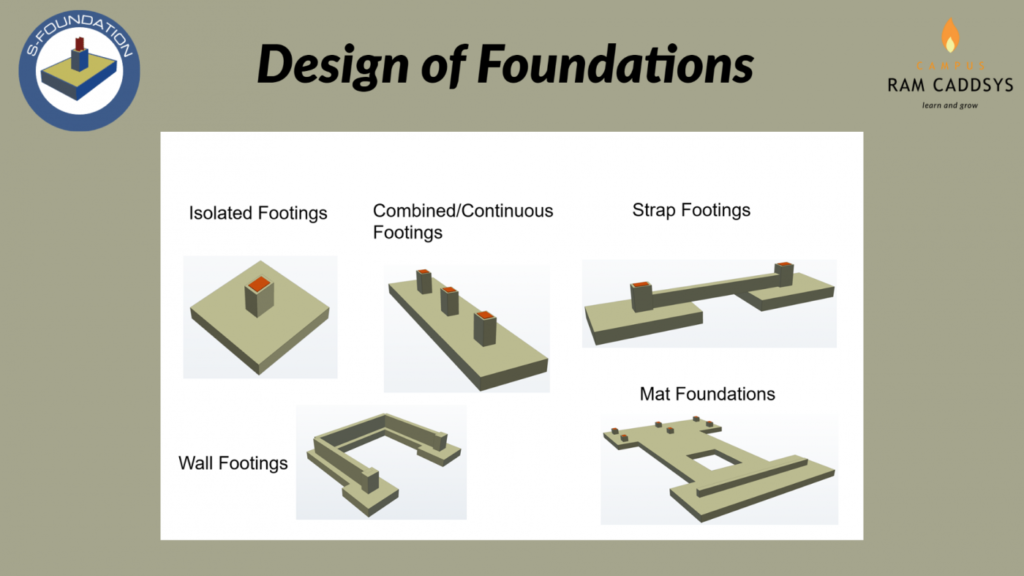 Foundation is one of the most crucial part of the structure that provides stability to the building. The total load of the building is transmitted through the foundation to the underneath strata.

There are mainly two types of foundations that are used in the construction of the buildings that are as follows.

What is a Shallow foundation?

This type of foundation is suitable where the bearing capacity of the soil on the site is maximum, so there is no need to construct the foundation at a greater depth.

The depth of the shallow foundation is not exceeded more than 4m in depth.

The Wall footings are the spread footings constructed to support the structural or nonstructural walls and transmit the load to the underneath strata.

They can be either steeped or have a projection in the concrete base. It is commonly used in the construction of the RCC columns where the bearing capacity of the soil is high.

The Isolated Footings are further classified into three types that are simple footing, sloped footing, and stepped footings

Raft Foundation is a thick Reinforced concrete slab that is constructed over the entire area of the building at the bottom of the structure.

Raft foundation is also commonly known as the Mat foundation. It is suitable where the soil strata are soft or clayey, and marshy soil is present whose bearing capacity is low and where the subsoil water conditions are uncertain.

When the two different columns are located very close to each other, then it is not possible to provide a separate footing under both columns as they get overlap with each other.

Strap footing is also known as the Cantilever footing, which is constructed when a column is located near the plot boundary, and the footing of that column is not permitted to exceeds beyond the boundary of the plot.

In this type of footing, a strap beam is provided, which is used to support the load of the column that is located at the boundary of the plot.

The Inverted Arch footing is used when the total load of the structure is desired to be transmitted at the larger area or where the bearing capacity of the soil is not satisfactory.

But this is an outdated type of foundation, and nowadays, this type of footing is not used in construction.

Design of Foundations with S-Foundation

Before constructing these different types of foundations, it is important that they should be designed effectively so that they can carry a heavy load of the buildings.

S-Foundation is one of the most customizable and automated foundation software, which will allow to virtually model any type of foundations such as combined footings, wall footings, strap footings, mat or raft foundations, and isolated footings.

You can check out S-Foundation software and start designing your foundation of the structures more effectively. 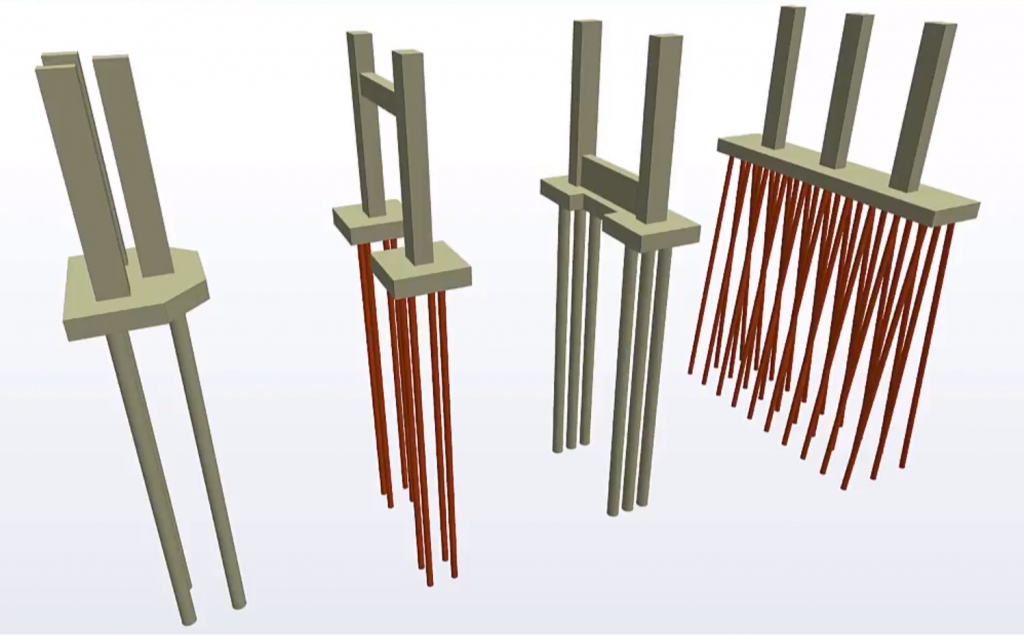 Enquiry About Our Product

Know More about our Product